SPRING 2006 – Although Madina never fully intended to immigrate, life threw her a surprise when Madina, 17, came to America as an international exchange student to study at Bellevue University in Omaha, Nebraska area. Madina Gazieva from Tajikistan met Charlie Haase from Nebraska, who soon became her husband.

“I did not know any English,” Madina recalls. Her knowledge was basic. So much so, that she could not orient herself at the U.S. airport where she landed. The pilot of the airplane that brought her to the United States noticed the confusion and helped her navigate the place. Madina liked America right that very moment. The smile on people’s faces, readiness to help and their kindness continues to impress her to this day.

Learning English became Madina’s priority and she never got discouraged by the word FEBRUARY. “I could never say that the right way,” she admits with a big laugh. Today, Madina assists entrepreneurs in the Omaha area as a U.S. Bank business banker.

“Here, the more language you know, the more successful you become,” says Madina. Therefore, the only recommendation she has for people who move here is to go to English as a Second Language (ESL) classes. Madina has friends who came over 15 years ago, started working and making money, but their English is still lagging. Study, study, study – Madina says.

The American and familial journey had its fair share of challenges.

Coming from different cultural and religious backgrounds, Madina who grew up Muslim and Charlie who grew up Christian had some adjustment to make between them, and convincing to do with their parents. They married in 2008.

And then, an immigration paperwork issue kept the couple apart for 11 months right after their wedding – Madina in Dushanbe, Tajikistan, and Charlie in Omaha, Nebraska.

And they have help. Not only Charlie’s parents are nearby but Madina’s parents too. They moved here to be closer to their three of four children – Madina and two other sons who also live in Omaha and are successful car dealership owners. Madina has one sister, brother-in-law and three nephews in Dushanbe and the Omaha family travels frequently to Tajikistan to visit.

SPRING 2020 – “I absolutely love it here,” Madina says with no hesitation, but she still refers to herself as Tajik-Uzbek. Three of Madina’s grandparents were originally from Uzbekistan but lived in Tajikistan, two former Soviet Union republics. Even to this day, in Omaha, Nebraska, USA, the family switches easily between Tajik, Uzbek, Russian and English in their everyday conversations.

After 14 years here, Madina “absolutely” feels embraced by the community. Next goal? See her kids educated and live a long and healthy life with her husband Charlie Haase.

This is Immigrant Stories. 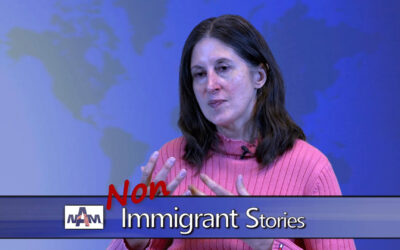 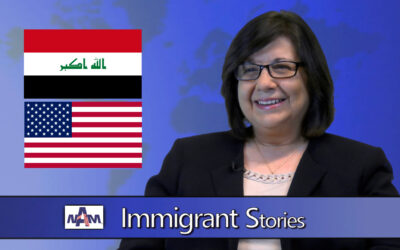