Rice noodle soup is a staple of many nations’ cuisines in the Indochinese Peninsula. The ingredients are more or less the same, but the way they are cooked differs between countries or even regions, as is the case of today’s recipe — Kaw Naw or Rice Noodle Soup prepared the Karen way.

Kayin or Karen state is one of 14 states in the country of Myanmar, formerly known as Burma. The Karen people is the third largest ethnic group in the country, fighting, at first, for independence, then later for recognition within Myanmar, since 1949.

Decades of war and persecution have taken a toll on the population, but it is generally believed that there are seven million Karen people in Burma. 400 thousand fled the country, seeking shelter in neighboring countries.

DeeDee Ehlahchrist and EhDah Hotoo spent years in refugee camps in Thailand, before arriving to the United States of America via the Refugee Settlement Program.

They met six years ago in Omaha, Nebraska where they now strengthen their friendship and share the love for their food and traditions.

Guest of Spice and Recipe: The Origins of Flavor, DeeDee and EhDah prepare Kaw Naw or rice noodle soup, an easy and traditional recipe.

Soup: Fill up a pot with water and bring it to a boil. Add all the ingredients listed for the soup, starting with fish. Let it boil for 30 minutes. While soup is cooking, prepare rice noodle. In another pot, bring water to a boil. Add noodles and boil them for a few minutes, until soft. Drain and place the noodles on a dish. Prepare toppings by thinly shredding the cabbage, chopping green beans and cilantro.

Scoop a small amount of noodles into a bowl and add soup until you cover them. Place shredded cabbage, chopped green bean, cilantro, boiled egg, and fried yellow beans along the rim of the bowl.  Sprinkle crispy fried onion, garlic turmeric oil, chili flakes, and lime on the top of the ingredient. Mix well and ENJOY! 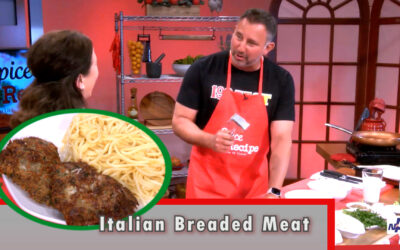 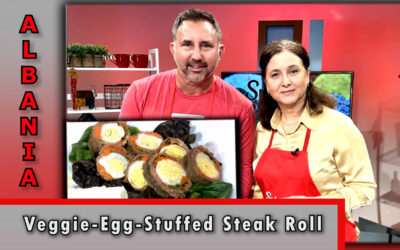 How lack of food and a former communist congressman in Albania helped preserve a family recipe that uses bay leaf, one...