New rules will significantly alter the procedures for obtaining or renewing H-1B, H-1B1 and E-3 visas.

Note: The information provided here or in the video is not intended to be legal advice. Viewers should contact a qualified immigration attorney to obtain legal advice on their issue or problem.

Below are a few main points from a conversation with Ryan Sevcik, an immigration lawyer with Koley Jessen law firm in Omaha, Nebraska.

Question: The Department of Homeland Security and Department of Labor passed two Interim Final Rules (IFR) that introduced changes to H-1B, H-1B1, and E- 3 visa categories. What are the main changes and when do they go into effect?

Answer: These rules, if they remain effective, we have to look at them in two different pieces. First you have the regulations that are from the Department of Labor and what those regulations do is: they’re effective immediately as the date of publication (October 8, 2020) and they significantly alter the manner in which the minimum wage and prevailing wage calculations are determined for purposes of sponsoring workers in H-1B status.

With respect to the regulations from the Department of Homeland Security, they primarily affect the adjudication and how the United States Citizenship and Immigration Services will review and adjudicate H-1B petitions that are submitted. Those particular regulations are effective 60 days after publication. … They are publicized on October 8th, so 60 days from that date would be the effective date of those. If these two rules remain effective, it will make it, number one, more challenging for individuals to qualify for H-1B status and, number two, more expensive basically for companies and employers to sponsor workers in these various non-immigrant visa categories.

Question: Why will it be more difficult?

Answer: With respect to the USCIS regulations is basically to narrow the manner in which individuals can qualify for H-1B status. So, whenever we’re prepping and preparing and working on an H-1B petition, two general pieces have to be in place. Number one, the position for which the company is sponsoring the worker has to be what we refer to as H-1B caliber and then, number two, the individual – the foreign national … who’s petitioning for that visa – has to be qualified for that category. So, what these new regulations do is they basically say that in order to hit that first criteria that the position has to be “H-1B caliber.” In order for that to be the case, the position itself has to require a bachelor’s degree in a very specific specialty related to that field in order to qualify.

Question: So, let’s say I am a journalist, and I would like to come over to the United States … and I’m competing for a position that is in PR (Public Relations) but my degree is in journalism. Will I be qualified or able to compete for that position?

Answer: So, that’s a profession where as a general matter, I think most people would consider that a “professional position” where it requires a bachelor’s degree in one or more related fields in order to enter into that position, and that’s been the general standard. And so for instance, if your company were petitioning you for an H-1B visa, they might say we will accept an individual with a bachelor’s degree in journalism, communications, PR. … What these new regulations would say is that might not now be an H-1B caliber position because it’s too broad … The easiest example of a position that is right now always considered H-1B caliber, or basically routinely considered H-1B caliber, you have a software engineer position. So generally speaking, a software engineer requires a bachelor’s degree in computer science or closely related field. I would anticipate that even with these changes in regulations that would still be the case … companies that require a bachelor’s degree in a very specific field. … Where these new regulations narrow the field is where we’re talking about those occupations that have traditionally been a little bit broader in terms of what companies will accept to qualify someone into that occupation.

Question: You said that it will be even more expensive. What amount are we talking about here and what has changed?

So right now, for H-1B petitions, practitioners can run that calculation themselves.  There’s basically a formula that the Department of Labor uses. There are publicly available wage scales that grade each position in the locations of the country on a one, two, three and four scale, four being the highest, one being the lowest. … So that scale is staying the same, but what’s changing is the amounts that are attached to each level. So basically what the new regulations and the methodology for the Department of Labor will provide, I guess the result of what they provide, is that the amount of wages will increase by 43 percent on the low end to 71 percent on the high end.

And I can actually give you a real concrete example here. … This is a real, very common H-1B position just for companies that sponsor individuals on H-1B. … So the lowest wage an employer could pay an individual and sponsor them in the H-1B category for a software engineer position in the Omaha, Nebraska, metropolitan statistical area, the prior Level I wage was $61,027 per year. Under the new regulation that level one wage increases to $93,101 per year. This is the Level I, this is entry level, so a material swing.

Question: More than half a million non-immigrant workers are currently in the United States and two-thirds of yearly H-1B visas are renewal cases. How much will this change the dynamics of this visa for those cases that will be renewed, if these regulations remain effective?

Answer: That will absolutely change the dynamics in a material way. The regulations, as currently drafted, will impact equally employers who are looking to sponsor brand new H-1B applications or those employers that are willing, that are looking to renew individuals who are already here in H-1B status.

Question:  I am at the end of my three years in the United States on a H-1B. I would like to extend. With the new rule, does the employer have to offer me a different salary? Do I need to negotiate a new contract?

Answer:  With the new rule, again depending on what the requirements are for the position that the company is offering, it may very well dictate or require a new salary based on the new wage levels. If you have a situation where a company is right now sponsoring a worker, and just say a software engineer at a Level II position if you will, and the requirements of that position are changing and now we go to do a renewal application that … it’s still Level II, you absolutely will have a very material increase in that salary from what is currently there to … what would then be the minimum amount required for the renewal.

Now there are situations where companies will pay above market. So for instance, you go through this process and you find out the Department of Labor requires at a minimum that the company paid this employee in this occupational category $60,000, and maybe that company actually pays them $80,000 because that’s what they pay similarly situated U.S. workers, which is the other part of the wage equation, and so … maybe now the new rules bring it right up to that – so it’s still a Level II … you’re still paying the inventory as a worker the same amount and so maybe there’s no effect, but I think that’ll be the exception rather than the rule.

Question: What if I have a Labor Certificate (LCA) already approved, but I have submitted my application with USCIS, however USCIS, is still reviewing my case. Will the new rules apply to this, to my application?

Now the question would then become if USCIS hasn’t ruled on it yet and adjudicated it yet, whether those degree requirements that we talked about, if that structure is going to apply to it. And so two things there – number one we have to get beyond that 60-day effective point when these regulations become effective from USCIS without legal challenges … And then number two, determine how the USCIS is going to implement those. So typically speaking, when agencies implement regulations like this, they’ll issue some sort of frequently asked questions or some sort of policy guidance … where they draw a line in the sand of when they’re going to start adjudicating petitions for the new regulations. You’d have to have that official confirmation from USCIS to know how they would adjudicate petitions that are kind of in the hover.

Question: If I am abroad and I am in the same exact position. I have a Labor Certificate … and I have submitted the application. It depends on the rules that are in effect when USCIS will review the application?

Answer:  That’s correct. It’d be the same situation for individuals abroad and the timing would roughly be the same as well from the regulatory perspective.

Question: We had a Presidential Proclamation in June and now we have two Interim Final Rules. How did these two things differ?

Answer: Very different structures there. So for most individuals, for most foreign nationals … in most non-immigrant visa categories you have to get approval from USCIS. And once that you have that approval in hand, that individual can then go to a consulate abroad and apply for the actual visa that goes in their passport and then enter the United States in that category. There are definite exceptions to that process, but it’s a general matter that’s how the non-immigrant visa process works. These new regulations are dictated or directed at the USCIS adjudication of those petitions to see if the individual qualifies for whatever visa category they’re asking for.  What the proclamation did is it basically stopped the consulates from issuing visas in those categories and thereby suspended effectively entry for individuals coming into the United States in those categories. A company could sponsor somebody at an H-1B visa, have everything done with USCIS, have the approval in hand, but that individual can’t physically go to the consulate to get the visa, and therefore can’t physically enter the United States.

Question: The proclamation I read now that was challenged and the federal court stopped the ban. Am I correct in that information?

Answer: So on the suspension that came out at the end of June, a portion of that has been stopped but it’s just as to the named plaintiffs in that lawsuit. So, there are several large companies that signed on to that judicial action. That basically stopped the implementation of that ban, but it’s not a nationwide stop; it’s just as to the companies that actually were part of that litigation. There has been other challenges that are nationwide and broader, but unfortunately, this particular challenge is just related to those main plaintiffs at this time.

Question: So, in other words, the Proclamation is still in effect?

Answer: Correct, right now until the end of the year. 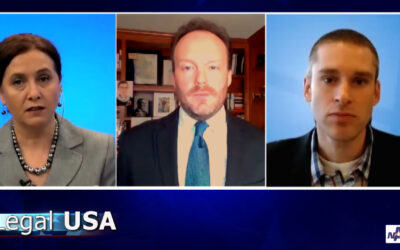 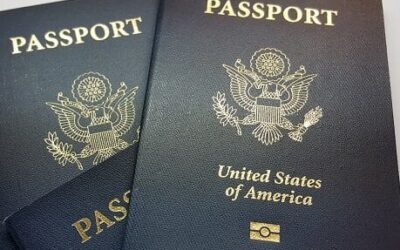 Immigration has a shot at change. If President Biden is successful in getting his U.S. Citizenship Act approved by...