Nibras Al-Kadhim did not want to move out of Iraq. She was done moving around.

Daughter of an Iraqi diplomat, Nibras was born in Turkey, grew up in Austria, Sweden, Jordan, and had rooted for good in Iraq, where she worked as an English teacher at first, then for the USAID office in Baghdad. However, after the 2003 war, her job led to her family being threatened and ultimately leaving Baghdad as refugees in August 2010.

A decade later, Nibras’s opinion has changed. Settled in Omaha, Nebraska, she has a rewarding job. A bilingual liaison for the Omaha Public Schools, Nibras works closely with the refugee and Arabic communities.

Nibras hasn’t been able to visit Iraq since 2010. “The situation never got safer or easier,” she says. However, Nibras readily refers to herself as Iraqi-American, as do her three children.

If you have a story, we would love to hear it. You can email us at stories@newamericansmedia.com 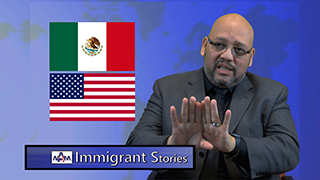 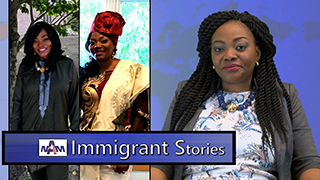 Karine Sokpoh -- the immigrant who came from Togo with limited English and today has found her voice as a lawyer....