Flight Insurance: Why Do You Need It?

Flight insurance is a must for multi destination trips. Lesson from a foggy day.

Note: This is an imaginary correspondence of Enkela Vehbiu, the author of this blog, with the late Andy Rooney of “60 Minutes.” You can watch or listen to this article by clicking HERE or by playing the video above. While watching or listening, please consider subscribing to our YouTube Channel.

Greetings Andy and everybody from Omaha,

Today, I am taking you to Russia again. After a good celebration of my sister-in -law’s 50th birthday, and great assortment of Russian salads, our visit came to an end. The return flight was on August 8th, 2021, very early in the morning.

There is a three-hour car ride between Suzun, my in-laws place, and Tolmachevo airport in Novosibirsk. We were scheduled to fly to Moscow with Aeroflot, a Russian airline, and then catch a flight with Air Serbia to Tirana, Albania, with a stop in Belgrade, Serbia.

The weather in Russia never failed to surprise me, but this time it was shocking. On the morning of the flight, we woke up at 2 a.m. to a very thick vail of fog. The visibility was almost zero! We hit the road thinking that by the time we made it to the airport and 123 miles away, the weather would be better. Wrong!

Once we pulled into the parking lot of the airport, my husband received an email about the flight’s delay of several minutes. The panic started flowing rapidly. We had only a two-hour layover in Moscow to catch our next flight. By the time we brought our suitcases out of the car, another email appeared. The delay would take four hours now. It was obvious that we wouldn’t make it to Moscow in time for our next flight.

The lesson I learned was to never fly without a flight insurance. Why?

To save money, we booked our international flight tickets, Omaha to Moscow, separately from our domestic flight, Moscow to Novosibirsk. When our domestic flight was cancelled, we called Air Serbia which was very clear. In our system, they said, it appears that you are flying from Moscow to Tirana, there is no Novosibirsk here. Plus, the weather in Moscow is beautiful. We knew we had lost the battle.

Once we landed in Moscow, we had to look for new tickets and scored 4 of them, for the last direct flight to Tirana that day, but to the extra cost of 1,600 dollars. We never got any money back from Air Serbia, and I don’t blame them. Well, a little I do.

The flight to Tirana took about three hours, was overnight, and halfway through the flight we went through many turbulences. It was the first time, though, that as far as I could tell, I was the only Albanian on board of that aircraft. The rest were tourists flying to Shqipëria, the land of eagles as Albanians call their country or the land of Mercedes as I now call my native country.

But I will spare that story for another time.

’til then, keep reading and watching Letters to Andy.

← Prev: The Altai Mountains | A Trip to the Very Center of Asia 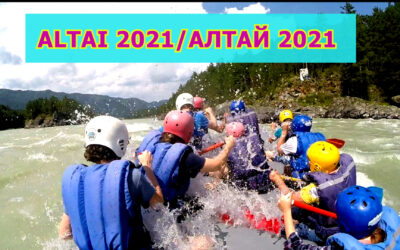 The Altai Mountains | A Trip to the Very Center of Asia

Discovering the Altai Republic, the magestic Altai Mountains and the very center of Asia.   Note: This is an... 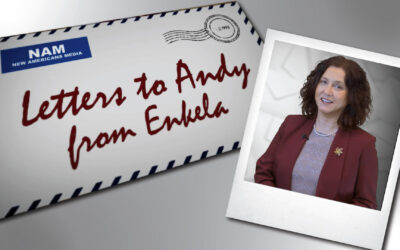 How boredom from COVID isolation and American lifestyle led to the creation of lifelong family memories. Greeting Andy...